This month at Kee Systems, we’re celebrating the fifty year work anniversary of Bob Wright, who regular customers might know from our trade counter at Earlsfield.

Bob joined the company at the tender age of 18 as a fresh-faced tube cutter. Since then, he’s held many different positions, and now works closely with customers both on the trade counter and via email.

We sat down with Bob for a chat about his time at Systems, and to find out what the future holds.

How the story began

Prior to starting at Kee Systems, Bob worked at Grierson-Blumenthal Ltd, a London-based wine and spirits merchant. Bob said: ‘They called us van boys because we used to load up the van and do trunk runs all over the country. We’d head out on a Thursday and go up north to deliver to Stoke, Manchester, Leeds and Harrogate, then head back on the Friday.

‘I was getting a bit fed up with it, and one of the drivers I worked with mentioned that a business called Kee Systems were looking for people, so I went and applied.’ 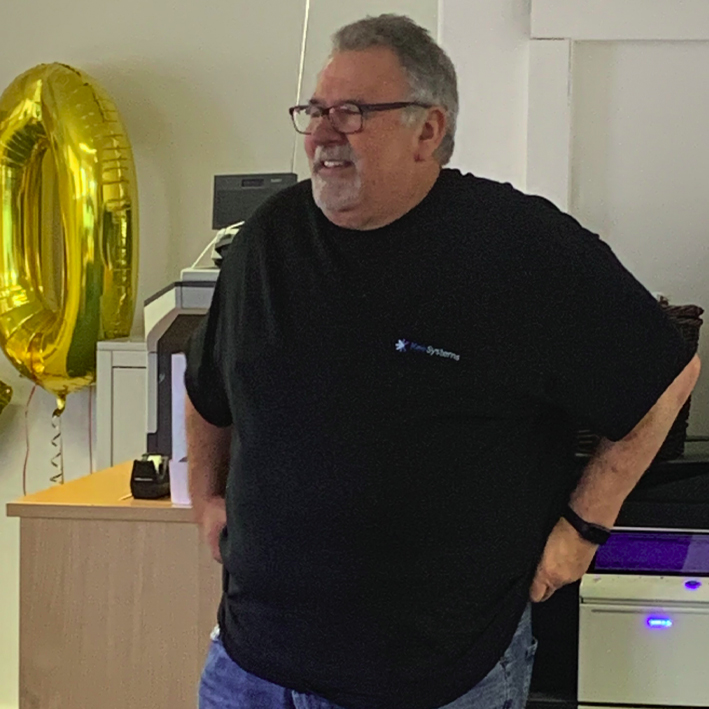 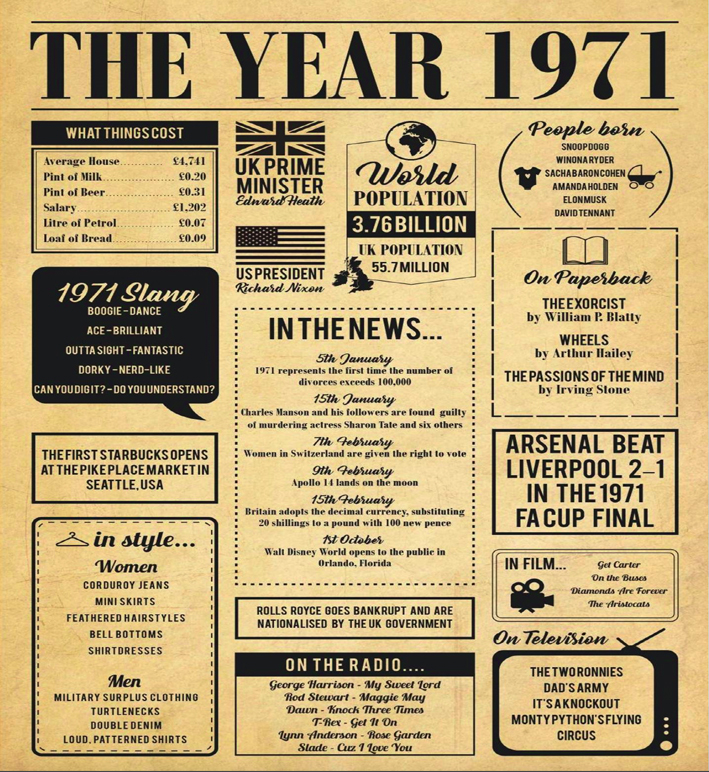 Bob got the job in 1971 and started working at our original Battersea premises, which first opened in the 1940s.

‘I was at Battersea for about 18 months before the company moved to the current offices in Earlsfield. Things were a bit different then, we were cutting tube in an old lean-to shed on a railway embankment. It was this long, narrow yard where we were totally open to the elements, with a little coke brazier to keep us warm. They’d bring the tube in on lorries and we’d handball it off and cut it to the right lengths for customers.

‘When I was 21, after we moved over to Earlsfield, I asked if I could move onto driving the trucks. I had to wait until then as the insurance only covered people 21 and over.’

After driving for a few years, Bob again moved to the installation side of the business. He remembers working with a few big names, at a time when Kee Kamp fittings were becoming a popular choice for garment racking.

‘We did a lot of work with clothiers around the East End and the rest of London. We worked regularly with Morris Angel and Sons, who did all the fancy dress costumes, at their Shaftesbury Avenue premises. It was like a rabbit warren, and so interesting to see the costumes from all the different eras.’

After his time on the installation side of the business, Bob moved one final time into the office, where he settled into a job helping customers at the trade counter, and online, find the right fittings for their needs.

‘I always enjoyed helping people and advising customers. I work with the sales team to calculate what fittings and tube our customers need for their projects. Then I’ll work with the carriers or the teams at Kee Safety to supply the right pieces. I’ve been doing it for about 20 years now and I really enjoy it. Plus it’s a bit warmer than the lean-to at Battersea!’ 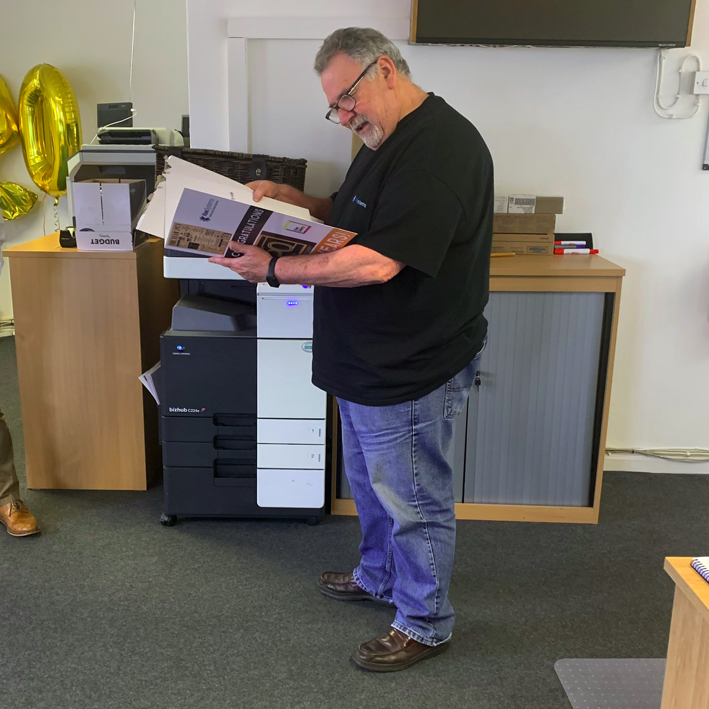 ‘I’ve done all sorts of things around the business. Jack of all trades, master of none, that’s me!’

Bob said he’s seen Systems change quite a lot over the years, not least in the area of health and safety: ‘We always used goggles and masks for the works, but we didn’t have the marked out walkways, and we didn’t have to wear steel toe cap boots. It was a lot less safe. Nowadays, since we were acquired by Kee Safety, you feel a lot safer, and they made a lot of changes for the better.’

When asked why Kee Systems and Kee Klamp in particular were so enduring eighty years on, he said it was down to the product’s reputation for versatility. He said: ‘We’ve been around for so long with the same product that people know its worth, and what we can do. We’ve worked with people all over because people know how strong and adaptable Kee Klamp is.

‘I remember one project for the MOD where they needed racking for replacement panels for the nuclear subs. These were great big heavy things so the racking had to be solid, and Kee Klamp was perfect for it. It’s easy to fit and if it gets damaged it doesn’t take any time at all to swap the damaged sections out. You don’t need to take the whole thing down as you would with welded systems.’

Bob also said that part of the company’s success was down to the vast possibilities and uses for Kee Klamp.

‘It’s not just industrial projects,’ he said. ‘You get lots of domestic customers wanting it for beds and shelves and climbing frames. We’ve even had a few celebrities in my time. I remember once a chap came in on behalf of Keith Richards. He was having a new kitchen built for his wife who wanted the whole thing done in Kee Klamp. I didn’t get to visit, unfortunately!’

Bob said although he couldn’t pick just one favourite moment from his time at Systems, it was the camaraderie with colleagues which had kept him there.

‘I could’ve retired three years ago but I’d just miss the camaraderie and the banter. It’s so nice to work in a place where everyone wants to help each other and everybody gets on,’ Bob said. ‘You know you aren’t going to struggle because you can always ask for help and people are comfortable asking you for help too. It’s the comradeship for me.’

‘The support you get here is fantastic. I was ill a while back and the company said ‘no, you’ve got to go home and look after yourself.’ I had regular calls from my then-manager Christian King asking how I was, keeping in touch. When (current manager) Jason Godfrey took over he was the same. It’s nice to know the company is on your side.’

When asked if he planned on retiring, Bob said: ‘Not just yet. During COVID I was shielding and I had no clue what to do with myself. I missed the banter and the chat. I did all the odd jobs at home then just wanted to be back at work!

‘I can see myself working for a few more years yet. My wife can retire in a year or so, so I might think about slowing down then, but I’m in no hurry.’

Jason Godfrey, Kee Systems General Manager, said: ‘We’re all chuffed to be celebrating Bob’s achievement. Fifty years is an incredible length of time to do anything and it means a lot that he dedicated himself and his hard work to Kee Systems.

‘On behalf of the company I’d like to thank Bob for that hard work. We’re glad to hear he won’t be leaving us any time soon!’ 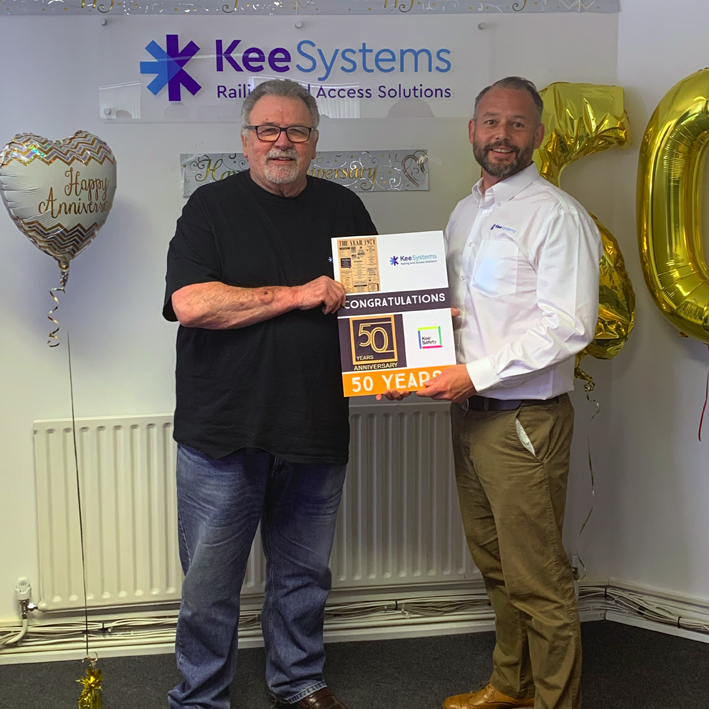