Breaches in safety procedures puts track workers at risk between 3 and 5 times each week according to an RAIB (Rail Accident Investigation Branch) investigation.

The RAIB collated data recorded by Network Rail over a two year period and identified that there were 714 events involving operating irregularities during infrastructure engineering work. Equipment being placed in the wrong location was the most frequent occurrence.  This resulted in work being carried out outside protected areas.

According to the RAIB, “Because of where the equipment was placed (for instance on the wrong line, at the wrong signal or on the wrong side of signals or points) there was a significant likelihood that the setting up was carried out on sections of open line. Some of the individuals undertaking this work were probably unaware of the risk of being struck by a train.”

We have worked extensively within the rail sector to help protect workers when carrying out trackside work as well as to ensure stations are accessible for the disabled and elderly.  Further information can be found in the Related Posts below.

Helping the rail industry stay on the right track 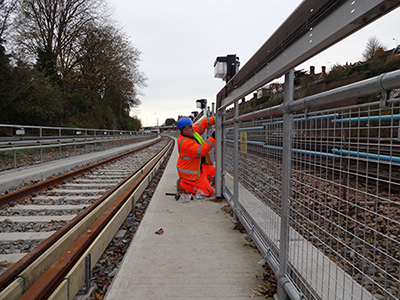